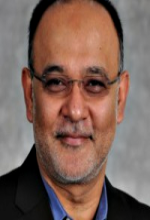 Irfan Essa is a Professor in the School of Interactive Computing (IC) and an Associate Dean of the College of Computing (CoC) at the Georgia Institute of Technology (GA Tech) in Atlanta, Georgia, USA. He is also an Adjunct Professor in the School of Electrical and Computer Engineering. He also serves as the Director of the new Interdisciplinary Research Center for Machine Learning at Georgia Tech (ML@GT).

Irfan Essa works in the areas of Computer Vision, Machine Learning, Computer Graphics, Computational Perception, Robotics and Computer Animation, and Social Computing, with potential impact on Video Analysis and Production (e.g., Computational Photography &amp; Video, Image-based Modeling, and Rendering, etc.) Human Computer Interaction, Artificial Intelligence and Computational Journalism research. His specific research interests are in Video Analysis &amp; Synthesis, and Activity &amp; Behavior Recognition. He also works in the new area of Computational Journalism. Specifically, he is interested in the analysis, interpretation, authoring, and synthesis (of video), with the goals of building aware environments &amp; supporting healthy living, recognizing &amp; modeling human behaviors, empowering humans to effectively interact with each other, with media &amp; with technologies, and developing dynamic &amp; generative representations of time-varying streams. He has published over 150 scholarly articles in leading journals and conference venues on these topics and several of his papers have also won best paper awards.

At GA Tech, he is primarily affiliated with two interdepartmental centers; the Robotics &amp; Machine Intelligence (RIM@GT) Center and the GVU Center. He founded the Computational Perception Laboratory (CPL) at GA Tech in 1996, which he now co-directs with 4 other faculty members. He is also the founding member of the Aware Home Research Initiative (AHRI). He also leads efforts on Digital Video Special Effects &amp; Animation (DVFX) and Computational Photography. In 2008, he launched a new area of Computational Journalism (CnJ) aimed at understanding technologies that impact how citizens interact with information (also referred to as Civic Computing). He is also affiliated with the new Center for Computational Behavior Science. He helped establish a new BS in Computational Media (CM) Degree at GA Tech and is affiliated with the new PhD program in Human-Centered Computing (HCC) and with Initiatives in Robotics at GA Tech, including a PhD in Robotics.

He has been awarded the NSF CAREER Award and within GA Tech, he has won the College of Computing’s Junior and Senior Research Faculty Awards, Outstanding Teacher Award, Outstanding Mentor Award, Institute’s Educational Innovation Award, and the Dean’s Award. He is also a recipient of the GVU Center’s 15 years of Impact Award. He was elected to the grade of IEEE Fellow in 2011. He has also earned several best paper awards.

For the Academic Year 2008-2009, Irfan Essa was also affiliated with the newly formed Disney Research Lab in Pittsburgh, PA as a Visiting Scientist/Consultant (a role he continued in 2009-2011). During that time, he was also an Adjunct Faculty Member at Carnegie Mellon’s Robotics Institute. Since 2011, he has been working with Google Research as a Researcher/Consultant.

<p>He joined GA Tech Faculty in 1996 after his earning his MS (1990), Ph.D. (1994), and holding research faculty position at the Massachusetts Institute of Technology (Media Lab) [1988-1996]. His Doctoral Research was in the area of Facial Recognition, Analysis, and Synthesis.</p>